How To Help Starve The Black Dog

Recently I had the privilege of witnessing Sir John Kirwan deliver a key note.  No one would disagree that he has an exceptional way of getting the message through. He’s real, authentic and not afraid of talking about depression. Sir John brings to the forefront that depression effects people who to look at you’d never in a hundred years expect. Doctors, Plumbers, Accountants, Teachers – Depression doesn’t discriminate – how ironic.

Like you, I have friends and family who live with depression, the black dog. The black dog lays asleep at times, silent. But he raises his head out of his slumber whenever he feels like it. You never quite know when she’s going to wake up. When she’s hungry and worse still angry – watch out!! 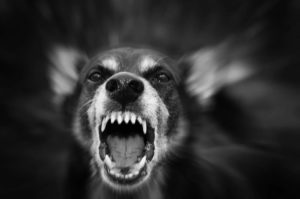 This message is for our friends, family and colleagues who suffer in silence with “Mental Illness” – Personally I prefer the term “Brain glitch.” Friends and others who externally appear happy, but internally are experiencing an internal cacophony of noise, a battle of self that at times is simply overwhelming. Indeed, on the outside appearing 100%, faking smiles. They’ve hardened up. Inside though they’re battling waves of paralysing anxiety – surging and all consuming. These are people like you and I. They have responsibilities and lives to lead. Incomes to earn, spouses to support and children to raise. Friends and others who feel incredibly lonely at times and who feel so misunderstood.Caring people will ask “are you alright”. They’ll say. “I’m fine”. What else could be said? “No, actually I’m suffering from Mental Illness, I hate myself, I feel like a liability to everyone and sometimes I feel like ending it all – but please don’t tell anyone.”

Indeed, most often my friends deal with things themselves. They know that the soft clean sheets of their bed, curtains closed, and silence will bring some respite. They want to feel safe and not judged. They want quiet – they want to starve that bastard black dog. Here and alone they don’t have to make out everything’s okay. They know it will pass. They hope it will pass. They cry, “Please let it pass!!”

Seeing Sir John present, the first thing he did was to ask everyone in the audience to hug the person next to them. Then find five more people and hug them too. Man, it felt good! You could feel any barriers dissolving. Empathy levels instantly increasing. People opening up.

The exercise reinforced to me that vulnerability is truly a beautiful thing.

So I’ve started to hug more. In fact, unashamedly I’ve become a bit of a hugger. Clearly, breaking down barriers and creating environments where people feel comfortable being vulnerable is in my opinion, a positive step forward and is gaining momentum.

Of course, I don’t expect people to start randomly hugging strangers or holding hands singing Kumbaya after reading this.

What I’d love though is greater empathy for everyone you encounter today and every today thereafter. For you to offer a kindness and an appreciation that despite what you see on the outside – the person who looks 100% could be battling with an angry and hungry black dog. Maybe even hug them.

Like an ex Buddhist monk said to me recently “We’re a community of afflicted.”

Thank you Sir John, and here’s an air hug for you too.